The Way of a Pilgrim 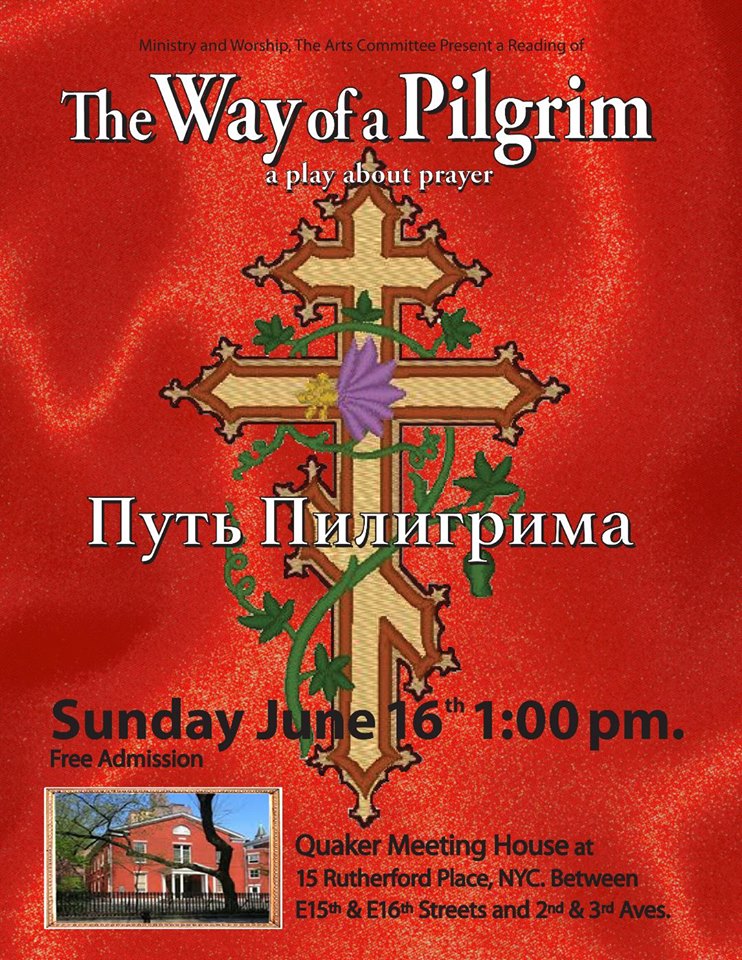 A Reading of The Way of a Pilgrim: a play about prayer Sunday, June 16

An Invitation to Friends

Late in the 19th century, a monk in one of the monasteries on Mount Athos, Greece, discovered a manuscript called Candid Narratives of a Pilgrim to His Spiritual Father. It was published in Russian in 1884 and has since been retitled The Way of a Pilgrim.

No one knows who wrote it. It’s the memoir of a man, a seeker, who spent years traveling in Russia looking for a starets – a teacher – who could teach him what St. Paul means when he tells us, in his letter to the Thessalonians, “Pray without ceasing”. When he finally finds his starets, he learns The Jesus Prayer, still one of the most widely-recited Christian prayers.

I’d like to invite Friends to a reading of our play, The Way of a Pilgrim: a play about prayer, adapted from this book, at The Fifteenth Street Meeting House in New York on Sunday, June 16th, at 1:00. Whether Christ-centered or not, we’ll all appreciate the wisdom that the anonymous Russian writer has for us.