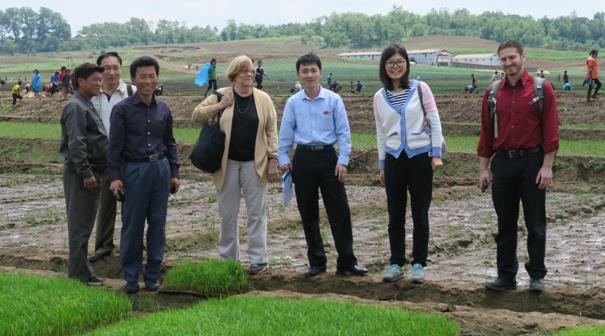 The Quaker-affiliated American Friends Service Committee has been working in North Korea for over three decades; by 1998, AFSC had established an on-going agricultural development project with cooperative farms, and today it is one of only a handful of American NGOs actively engaged in the DPRK. Linda Lewis, AFSC’s Country Representative for China/DPRK, and Daniel Jasper, AFSC Public Education and Advocacy Coordinator for Asia based in Washington, DC, will discuss AFSC’s program in North Korea, the challenges of working in this isolated nation and the impact of sanctions, and opportunities for peace on the Korean peninsula.

Linda Lewis, the American Friends Service Committee Country Representative for China/DPRK, is responsible for AFSC’s North Korea program, including its long-standing agricultural development project. Dr. Lewis is a regular visitor to North Korea and has organized numerous study tours and exchanges outside Korea for DPRK partners.

Daniel Jasper is AFSC’s Public Education and Advocacy Coordinator for Asia. His role is to bring lessons learned from AFSC’s programs throughout Asia back to policymakers in Washington. His current work focuses heavily on the humanitarian, peacebuilding, and people-to-people aspects of U.S.-North Korea relations.