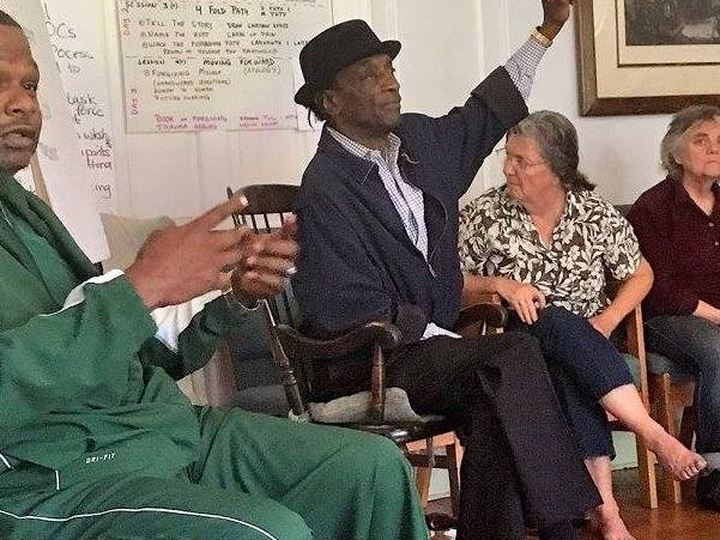 Help our Friend Robert join the community and sustain his prison and Alternatives To Violence ministry!

My name is Judy Meikle – I’ve known “Marvelous Robert Martin” for more than ten years. I know him as a fellow Quaker (member of the Religious Society of Friends) and as a facilitator in the Alternatives to Violence Project. (AVP) – a training program which helps participants deal with potentially violent situations in new and creative ways. Robert and I have worked on AVP facilitation teams together in New York State and Connecticut. He has facilitated countless workshops over decades and exemplifies his AVP affirmation name of “Marvelous Martin”.

Robert and I share a deep concern for the incarcerated and for people returning home from prison. Most recently we have worked together as Co-Clerks of the New York Yearly Meeting (NYYM) Prisons Committee. This Committee is responsible for Quaker worship groups in several prisons in New York State. Robert is a faithful and regular attender at the worship group at Green Haven Correctional Facility where the men look forward to his participation. Robert also serves as a representative to the NYYM Witness Coordinating Committee and the Friends Center for Racial Justice.

In the many circles where Robert is known, he is loved and respected for his authentic truth telling, integrity and sharp sense of humor.  He is proud and independent and always reluctant to ask for help.

In recent weeks Robert’s car has been off the road – his mechanic has advised him that it will cost too much money to be worth repairing. He lives in a remote location, distant from public transportation and so it is difficult for him to get to Yearly Meeting events such as Sessions and other meetings. He has not been able to get to Green Haven to worship with the incarcerated men for some time.  Robert has ground to a halt! He needs a reliable car to effectively serve the Yearly Meeting.

Robert is living on a small, fixed income and is currently out of work.  I am organizing this fundraiser to give people the opportunity to donate to help him replace his car. Robert does not anticipate buying a new car –he just wants to get mobile again and get back into action. Please donate any amount you can to get Robert up and running again.  Thank you!